Often on Mondays I ask my writing students to name the highlight of their weekend. I receive a variety of replies, from the sarcastic “revising my essay” to the provocatively nebulous “doing stuff with friends.” Every now and then a student proclaims “Napping!”, to which I respond “Awesome!” Although many students might think my rejoinder sardonic (and this is usually a safe assumption), in the case of napping it’s always sincere. 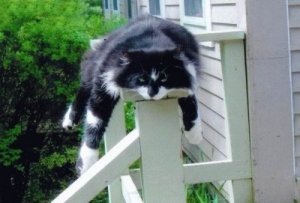 I love napping. Long ones, short ones, deep ones, dozy ones, naps are–as much as this admission may not commend me–one of my favorite pastimes. I close the blinds, set my alarm, pull up a fleecy blanket, and slide into sleep. And when I wake up, the tasks that seemed hopeless before suddenly stir with possibility.

On Wednesday of last week, I reached a stage of drafting that felt endless. While I was close to finishing my essay, which I’d started in 2011, I’d read its sentences so many times I didn’t really see them, let alone hear them, anymore. Some words didn’t sound right, but I wasn’t sure why. The structure had kinks, but I wasn’t sure how. My Writer’s March hours passed with minimal progress. Finally, I decided to nap, and by “nap,” I mean “take a break” from my project: I wrote poetry. I drafted one poem during my last hour of writing on Wednesday, another during my writing time on Thursday. On Friday I returned to my stubborn essay, my vision clear, ears alert. The draft improved at a rate I hadn’t seen in a long time. I sent the draft to a writing buddy that afternoon, and yesterday she proclaimed it, aside from a few line edits, “done.” By the end of this Writer’s March, I’ll have sent it out to be read, ridiculed, rejected, and–perhaps–picked up by a magazine editor. 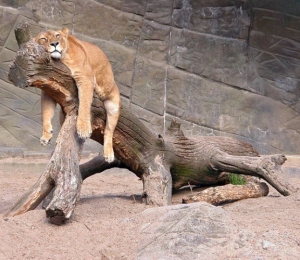 I believe in writerly catnaps. Not multi-week comas, not evasions, but brief respites–a half hour, hour, couple of days, taken only when needed–during which the writer whimsically concocts something new. This other creative project is key. A writerly catnap isn’t a complete vacation; it’s a succinct foray into some other imaginative articulation that keeps one’s voice alive, just channeled in a fresh way. The benefits are (at least) two-fold: First, the writer will regain stamina for her main project. Second, she’ll have started something she might not have otherwise written. One of my new poems was a satire on bad romance novels, the other an acknowledgment of someone I’m worried about. Maybe I’d have gotten around to them at some point, but I’ll never know because I don’t need to find out–now they’ve been formed into existence and when I flesh them out someday they’ll have a chance at becoming resonant.

But whether a writer “naps” by crafting a poem instead of revising her novel, or flash fiction instead of memoir, she must do it with a time limit, then stretch her artistic muscles and return to the original piece in progress–that cantankerous, obstinate, inimitable first love.