This post originally appeared on March 6, 2013.  It has returned in honor of Throw-Back Thursday!

Yesterday, as I was washing dishes, I ran the sponge over the final cutting board and Randi and I caught of whiff of something foul.  We looked at each other.  “Did you smell that?” I asked.  We checked behind us (beware floating clouds of filth!).  We checked our shoes.  I even went so far as to smell–discreetly–my own armpits.  We nar

rowed in on the sponge at the same time, bending over the sink, our nostrils flared and sniffing.

Once, when I worked in a Berkeley retail store, someone thought it was a good idea to set mouse traps in ignored corners of the building–the back of the photo lab, along the balcony, amidst the scores and scores of refrigerator-sized boxes of Croc Shoes and Gaiaim yoga mats.  The traps were then forgotten until one day the scent of decay wafted over the ventilation system.

The sponge smelled like that.  Randi and I both reared back, the same wrinkled noses and gagging tongues.  Our reaction was so synchronized, it felt premeditated.  I tossed the sponge in the trash, activated another, and immediately rewashed the entire dripping stack.

In “The Strange Politics of Disgust,” David Pizarro, a psychologist who studies the way emotions affect moral judgements, presents a handful of interesting findings about this basic human emotion, including the origins of disgust (as a survival skill) and the psychology of disgust (and how it ties into hate).  In the past, I’ve had a handful of writing prompts that revolve around fear.  This year, I thought why not turn our pens towards another powerful feeling?  And so, here are three writing prompts inspired by Pizarro’s talk: 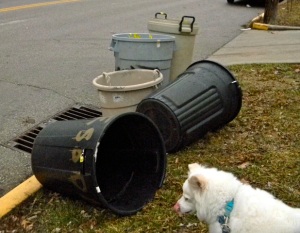 On Facebook not so long ago, one of my friends and favorite writers, Lori Ostlund, posted the following update:

Each time I sit down to revise my novel, the thought comes to me: How much scatology is too much?

Well, Lori, I say let’s test that shit out.  And while we’re at it, here are some other disgust-inducing delectables to choose from (you can see images of some disgusting things in Pizarro’s talk below):

Got a dead scene that needs some spicing up?  In need of a striking image?  Ever wonder what might happen when a bowl of okra is left in a refrigerator to rot?  In your own lives, what do you find most disgusting and why?  Grab a pen.  Set your timers.  Go!

“One of the features of disgust is not just its universality and its strength but the way it works through association.  When one disgusting thing touches a clean thing, that clean thing becomes disgusting and not the other way around.”

Here, I’m reminded of my sponge and the load of not-so-freshly-cleaned dishes, but there are other ways to take this thought.  I once had a creepy neighbor who lived down the street.  Whenever I walked to the bus stop, I found myself cutting down other blocks simply to avoid his house.  I’ve heard stories of friends who will not place backpacks on top of beds because said backpack touched a multitude of dirty floors.  On a more global level, Pizarro points out the way disgust has been used to augment prejudices (one group avoiding another group of people and/or one group associating disgusting things with another group in order to spread feelings of disgust to the masses).

Or, an alternative:  Write a scene in which someone or something is wrongfully labelled as “contaminated.”  How did this come to be?  How was it righted (if it was righted at all)?

One of the main points in Pizarro’s talk dealt with the relationship between disgust and morality.  As his research has shown, when faced with something disgusting (like a foul odor) or even the thought of something unclean (like a reminder to wash one’s hands), people are more likely to find a certain act morally wrong. For this third and final writing prompt, why not see what happens when you put a bad smell in a room (or a poem). How might something malodorous exacerbate an already tense scene or moment?

Watch the talk for yourself.  It doesn’t have much to do with the act of writing, but clearly I got a lot out of it.  There’s much more information worth mining.

3 thoughts on “TBT: Here’s to Disgust”