Yesterday I went on the longest run I’ve gone on for a while. (Using patchy to describe my exercise record for this past winter is optimistic at best.) It hurt. For the last two miles, I was out of energy and out of breath. I had to pause four times to rally my muscular and respiratory systems, each time imagining that my body was a story’s punk villain staring insolently at me as she raised her middle digits. When I got home, I sank down onto the carpeted stairs, chugged water, and felt pathetic. But also accomplished.

This is not me.

After enjoying a snack–which I’d like to say consisted of exquisitely balanced portions of carbs and protein, but was really a Trader Joe’s cinnamon roll slathered with cream cheese frosting–I embarked on the next item on my agenda: three hours of writing.

I love what my friend Sam wrote about seeing writing as play, as enchantment. But for whatever reason, yesterday’s writing session was for my attention span what the run was for my body–hard work. I’ve been revising a personal essay that’s almost finished, but it’s not there yet. Sentences need to become cleaner and sharper. Sections need to be swapped around for maximum potency. I thought this final drafting process would be easy, but it’s not. And yesterday I had to summon all remaining willpower to keep at it for those three hours. As the minutes ticked by, distractions continued to appear: The couch wasn’t comfortable. The air felt too cold, then too warm. I was thirsty. I satisfied each need as it arose, determined not to let it eclipse my productivity. Although the going was slow, I got through the three hours, at the end feeling mentally hyperventilated. But, again, accomplished.

My point here is not that I’m awesome (though my back is always available for patting–that is, unless you’re creepy). My point is that on the days when writing feels like work, that’s okay. Adjust the thermostat. Kick your roommate/partner/spouse/cat out of the comfiest chair and claim it. Just keep writing.

Recently I read Stephen Koch’s fantastic book The Modern Library Writer’s Workshop: A Guide to the Craft of Fiction, and there’s no other book about writing that I’d recommend more. The chapters travel through the writing process, from inception to the final draft. Chapter two, “The Writing Life,” is about becoming a writer by living as a writer. Koch says that any talent a writer has “will go to waste unless it is sustained and strengthened by the nagging, jagged, elusive thing called obsession, that stone in the shoe of your being known as a . . . vocation. Call it dumb persistence. Call it passion. Call it a fire in the belly or the madness of art. It is less the ability to write than the insistence upon writing.” I freely admit that I’m not obsessed with writing. I’m not the crazy wordaholic who sees scribbling in a notebook as her bread and water. At least not now. For me, writing is a choice–in the case of this Writer’s March, a daily choice. And today, day five, I can’t say that my writing is that much more brilliant, but I do feel like more of a writer. After all, as Koch points out, “Productivity is the only path to confidence. . . . Since writing is what generates inspiration–and not the reverse–abundant writing produces abundant inspiration.” So when you don’t feel the enchantment, write your way toward confidence. If you produce writing, you’re a writer. 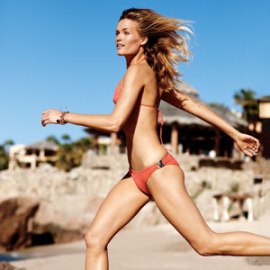 This is not me either.

In the spirit of generating writerly confidence, feel welcome to try one (or more) of the following:

3 thoughts on “Day 5: Run Toward Confidence (The First of Several “Tuesdays with Nari”)”